Michigan Journalist of the Year Award 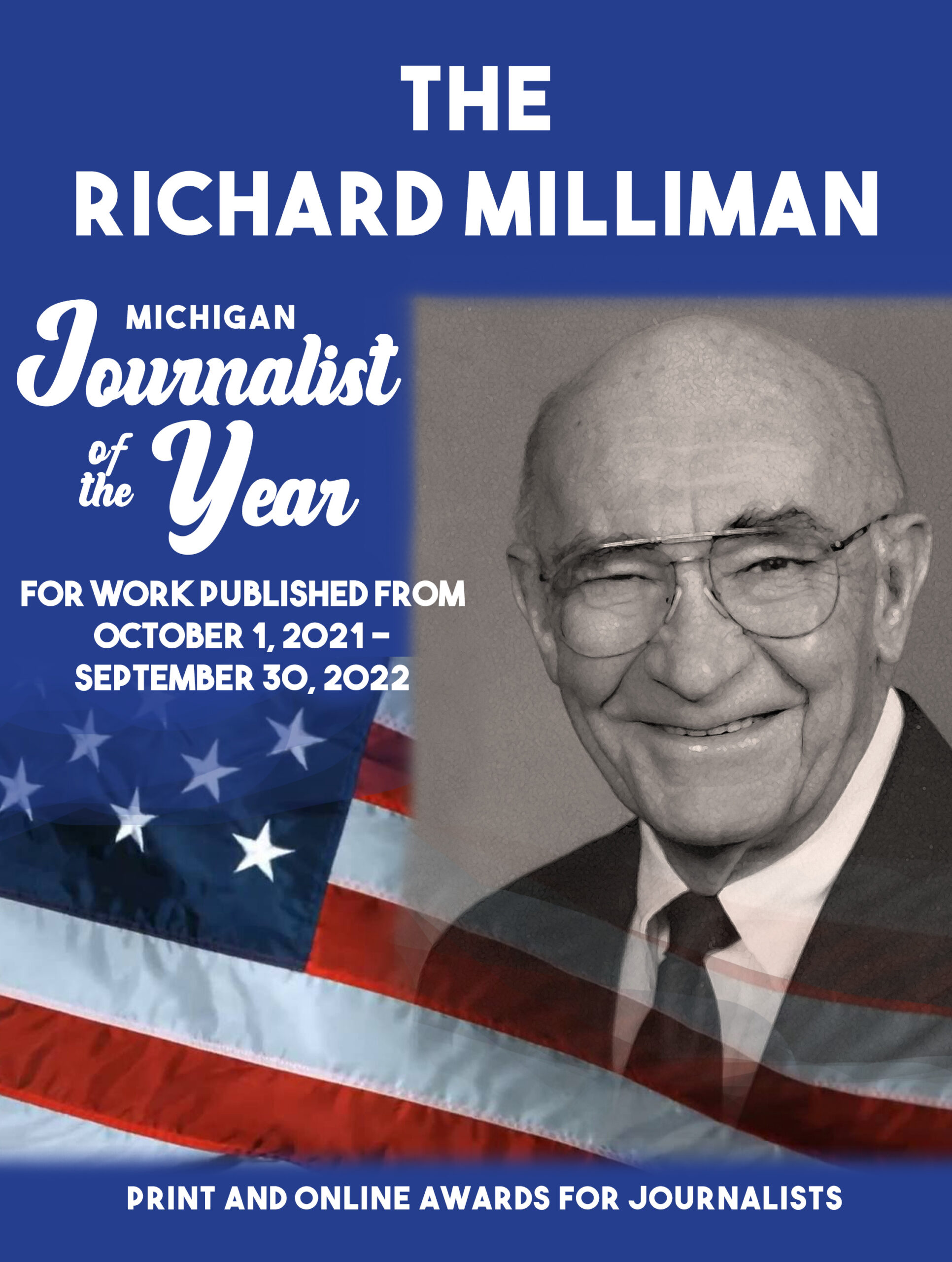 The Foundation is seeking entries for its seventh annual competition. The contest is open to all professional journalists in Michigan. The award will honor an individual journalist whose work had a significant impact, locally or statewide. Journalists may submit a body of work published, broadcast, or posted from October 1, 2021 through September 30, 2022. For this competition, a "body of work" may comprise up to six examples of the journalist's work during the contest period. Each entry must include a cover letter of up to 300 words highlighting the quality and impact of the journalist's work. Entries may include supporting material to show how the journalist's work made a difference in the community or across Michigan.

Entries for the 2022 contest will be accepted beginning on August 1 and ending on October 30th. 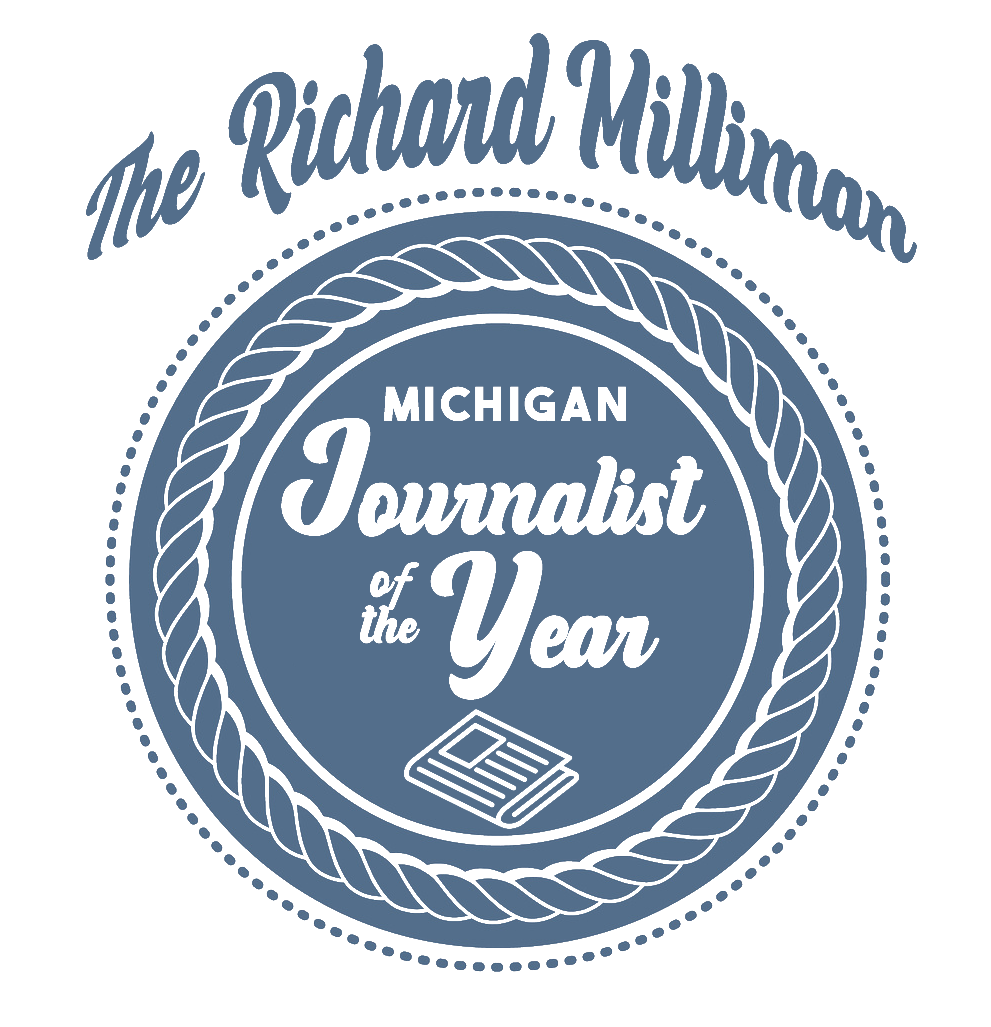 The 2019 Richard Milliman Journalist of the Year Tresa Baldas was presented with her award during a private dinner with her family due to the postponement of the MPA Awards Ceremony this year. Congratulations to Tresa and all our award winners!

Richard Milliman was inducted into the Michigan Journalism Hall of Fame in 1994 following a career that spanned more than 60 years in state newspapers. He was a reporter, writer, editor, manager or owner and publisher at more than 40 Michigan newspapers. In 1980, Milliman was a leader in establishing the Michigan Press Association Foundation to promote, protect and encourage journalism in Michigan.