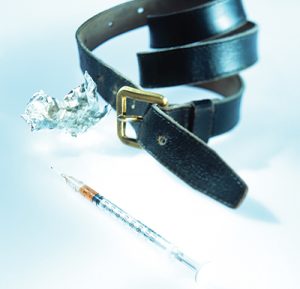 If a person in your community passed away for any of the following reasons, would you report how it happened, including the name of the deceased? Auto accident, shooting, drunk driving, assault, domestic violence, drowning, fire, drug overdose

Likely, the answers are easy until we get to the final item on the list above. Too many hometown newspapers hesitate to report deaths from drug overdoses, unless those deaths occurred in unusual circumstances. Too often, the only report of an OD death is a submitted obit that avoids the cause of death.

“Died unexpectedly” is the most common statement, usually for deceased in the 16-35 age range. You see a lot of “died unexpectedlies” in community newspapers these days.

It’s not that the problem hasn’t been reported. It is that the quantity and quality of the reporting in no way matches the scope of the crisis in this country – not drug use, mind you, but overdose deaths from lethal and illegal drugs, particularly the most demonic and deadly of all, heroin and its monstrous new cousin, unimaginably 50 times more potent than pure heroin – fentanyl.

OD deaths are rampant and everywhere and anywhere.

In 2015, there were 20 overdose deaths linked to heroin and/or fentanyl in my county. 20! There were eight deaths in the county that year from traffic accidents.

And there would have been many more had not law enforcement agencies and fire departments had access to Narcan, a nasally administered drug that reverses the effects of opiates. In Wooster, the county seat, the fire department administered Narcan 40 times in 2015.

There’s a story behind every one of these deaths.

For example, a few miles away from my home a woman died of a heroin overdose supplied by the man who reported her as unresponsive. Later, it was learned she gave birth to a baby at the home only hours before she was rushed to the hospital. The dead child was placed in a cardboard box found in a bathtub.

Hard to write or read, too important and tragic to ignore.

Again the OD epidemic is everywhere and anywhere in the US, from the downtown of Detroit, to the villages of Connecticut, to the farm towns of Nebraska.

Let’s put that figure into perspective:

So let’s get back to the questions at the beginning of this newsletter. Why do so many community newspapers fail to report drug overdose deaths? My guess is the stigma associated with drug like heroin, and the newspaper’s sensitivity to the feelings of the family of a person who died from overdosing on the most stigmatized drug of all.

But what good does hiding the cause do?  Does it inform readers about the human tragedy of an epidemic that’s right under their noses, happening to people they know and respect?

Does it alert readers to the danger in their midst – not only the danger of taking opiods, but the danger of the crimes associated with the culture of drug abuse such as break-ins, robberies, and any one of a hundred crimes to obtain the money to make a buy.

And, is it a violation of the fundamental ethics of journalism? A crime has been committed in that someone sold the drug to the victim and possession in itself is a crime; there has been an investigation by law enforcement and an autopsy, and the most ominous result of all for that crime has occurred, a death in your town.

How can you not report it, including the name of the victim?

How does your newspaper handle deaths from drug overdoses? Has your newspaper made an effort to inform and educate readers about the impact of this epidemic on your town?  If so, please pass along your strategy to blummer@aol.com.

This is your LAST weekly Bulletin